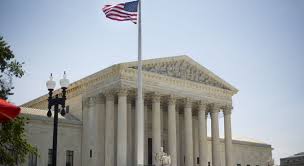 The U.S. Supreme Court is hearing arguments this week over mandatory union dues (also know as “fair-share fees”) for members and non-members.

The case will impact any association – such as State/Local Bar Associations – having mandatory dues for all professionals within the profession or industry.

[Disclosure: my first job out of college was as a news reporter for The Associated Press. I joined the guild (union) because I knew I would not cross the picket lines if/when we went on strike ... which we did about two months after I joined.]

When I read the USA Today article outlining the various positions about the case of mandatory dues, I looked at it from the perspective of an association professional.

Some key quotes include:
The vast majority of associations don’t live in a “mandatory dues” world. Rather, we have to prove our value each year to each member or potential member. We have to develop time and other resources to recruit and renew members. We have to be sensitive to member concerns and be aware of how our actions impact member rates. We have to carefully manage our funds to be sure we are “in line” with what members are willing to pay.

While there are times association professionals may wish we operated in the mandatory dues environment, I’m guessing most of us are grateful that we do not.