6 Tips to Make a Good Team 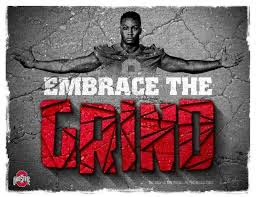 The 2015 College football season has begun.

The Ohio State football team (yes, I’m biased) and its defense of its national championship offers lessons for association professionals.

I once served an association that became known as “the best in the profession.” As we grew – more members, more money, more prestige – the “grind” became keeping up and continuously improving. One of our “errors” was trying to do too much which defused our focus. In the end, we were not able to sustain our success.

Ohio State head coach Urban Meyer guided the 2014 OSU football team to a national championship in only his third year on the job. Now, he is attempting to repeat. Last year’s motto “the Chase” has given way to “the Grind.”

1. Leadership development
2. Developing assistant coaches
3. Establishing – and reinforcing – culture
4. Next man up (football is a male sport; for your association, you may want to say “person.”)
5. Nine units strong: holding each other accountable
6. Growing bonds of trust
Much of this 6-point philosophy reflects on an organization’s culture. If you want to read more on the importance of culture, please see Culture That Works by Jamie Notter and Maddie Grant. Great stuff. You can also follow Jamie’s writings at www.jamienotter.com.

PSS.  Tuesday's Washington Post featured a story about the culture within Ohio State's football team.  You can read it here.