How Do You Replace an Association Legend?

That was the question facing The Ohio State University Alumni Association board during my last year as a director back in 2003.

At the time, our board was in the process of replacing a CEO who had been in the role for about 30 years.

How do you replace a legend ... or long term CEO?

Well, we started by hiring an executive search firm.

And, we concluded by replacing a legend with a legend.

What Makes Your Association Stand Out? 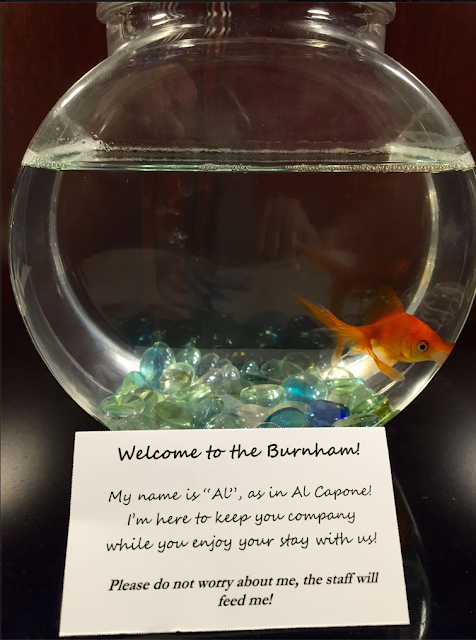 A friend of ours spotted this gold fish bowl in Chicago's Burnham Hotel. Intrigued and impressed, he took a photo and posted it on Facebook. So did others.


A gold fish in a fish bowl?

Yes, a gold fish is spreading word of mouth about a hotel.

Makes me wonder what associations and nonprofits are doing to distinguish themselves from competitors?

I worked for a national association who had a reputation for outstanding conferences and meetings. I was standing in line at the national convention one year and asked a member (who said it was his first national meeting) why he decided to attend. He said, “Well, I went to one of your 2-day winter meetings. It was the best meeting I had ever attended. So, I thought I should see if your national convention was just as good.”

That is a distinct advantage.

What Does Your Website Say to Your Association's Prospects & Members?


When you are searching for a product, service or other “thing,” you often end up on the organization’s website, right?

If you are like me, you quickly realize that not all websites are created equally! Some focus on telling prospects how wonderful they are. Others focus on answering prospects questions.

I thought of this the other day when I Googled retirement homes in a relative’s small home town. The search led me to explore websites of two centers.

Boy, were they different in terms of the “feel” they gave prospects.

“A” or “The:" Precise Language Important for Association Communications 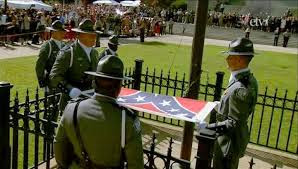 Back when I was covering Neil Armstrong’s walk on the moon for The Associated Press, a number of reporters gathered to dissect Armstrong’s first words when he stepped on the moon. Although his voice was somewhat muffled, it appeared that Armstrong said:
A day or so later, NASA officials restated Armstrong’s quote to:
I thought about this Saturday when the two newspapers I get had slightly – but distinctly different – headlines about the Friday ceremony in Columbia (SC) of removing a Confederate flag from the grounds of the Statehouse.
Just like Armstrong’s quote, there is a big difference between “A” flag and “The” flag.

End of an Era: What Does It Mean for Associations? 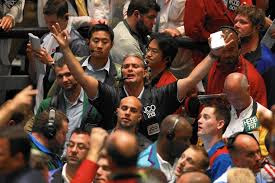 Various association professionals have been commenting and discussing on whether millennials and Generation Z will impact the future of associations.

One “side” talks about the huge possible impact from two totally different groups (Millennials & Gen Z),while the other “side” states that people – no matter what generation – need associations.

So, it was interesting when I read the USA Today article headlined, “End of An Era as Chicago Pit Trading Ceases.”

Remember as you enjoy! 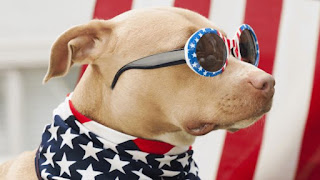 Leading from the Outside-In
By Maddie Grant via SocialFish.org

Perhaps you and your organization grapple with some of the questions that preoccupied the executives I interviewed for my book as they contemplated how to take their organizations to a next phase.
Can you Change When You Need to?
By Jamie Notter via jamienotter.com

The table I was at was talking about Netflix and how they made the brilliant strategic move to start creating their own programming (most notably, House of Cards). This move helped create more loyalty among their customers. After all, we can ONLY get House of Cards by subscribing to Netflix. But what didn't get mentioned at the table was how Netflix had to make a significant change in who they were as a company in order to accomplish this feat. They essentially had to become a television/movie studio. That's not who they were, but they realized (once they started facing lots of competition to their video streaming business) that they had to change.

The credit (for Apple’s innovation) is not Steve Wozniak’s alone; it also belongs to Homebrew. Wozniak identifies that first meeting as the beginning of the computer revolution and one of the most important nights of his life. So if you wanted to replicate the conditions that made Woz so productive, you might point to Homebrew, with its collection of like-minded souls. You might decide that Wozniak’s achievement was a shining example of the collaborative approach to creativity. You might conclude that people who hope to be innovative should work in highly social workplaces. And you might be wrong. Consider what Wozniak did right after the meeting in Menlo Park. Did he huddle with fellow club members to work on computer design? No.