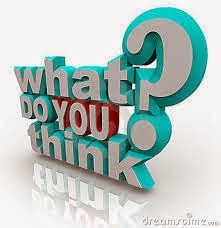 One of my high school math teachers told us “Figures lie and liars figure.”


Over the last 20 or so years, the U.S. has become a nation fascinated with polls and surveys. Several are released daily (I’m excluding political polls which are too many to count.) Many become stories in the news media.

Conducting and releasing polls or surveys is a great tool to advance your association’s profession/industry and/or the issues it is advocating.

I know. From Christmas trees and soybeans to flood relief and health care issues, I’ve used polling data for more than 25 years to generate publicity along the lines of issues we were advocating.


The reality: all survey research or polls are biased!


A market research professional once told me: “Steve, you can’t ask the question that way ... it will bias your results.” I trusted her with future market research!

Over the last week, multiple news stories – based on “new research” – raised a lot of issues for me. Let’s look at some of them:

Tech: Where the women and minorities aren't
Implied in the USA Today full story was that tech company staff in Silicon Valley did not reflect the population in surrounding communities. Well, dah?! That’s like saying a predominantly African-American NBA basketball team doesn’t reflect its fans.

Bird deaths from car crashes number in millions
Think of this “scientific” methodology: take 13 local studies and “extrapolate them into a national crisis. Really? We should base national policy on extrapolations of 13 small studies that results in bird deaths with a 251 million variance?

Termites, climate change investigated
Two other polls came via Twitter today.
I have not bothered to review them to see whether they are extrapolations or biased polls but the headlines make me wonder!