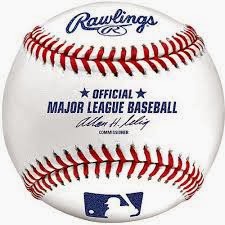 Major league baseball is starting. And, with it the advent of expanded video reviews.

Here are 4 things associations and nonprofits share with baseball. 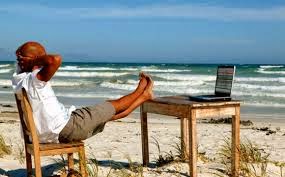 The stats in a FastCompany’s Leadership Now story headlined Why Everybody's Going Freelance caught my attention and should concern association executives and other association professionals.

The core numbers from the article: 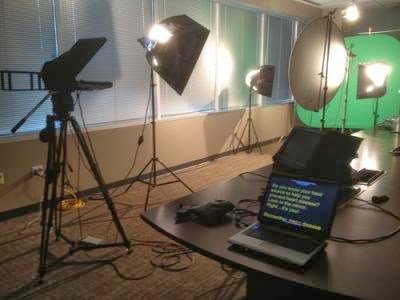 The other day, a colleague told me that his board wanted to have an updated video produced that could be used in trade shows and other venues.

My response was swift: "You’ve got to be kidding me!"

Expensive, professionally produced videos don’t have the ROI they once did (assuming they ever had an ROI in the first place).

Impromptu YouTube videos are cheaper and more believable.
Portable  video cameras (such as GoPro models) have made it possible to create and edit more authentic videos that most associations can afford.

To association executives saying “If it ain’t broke” ... 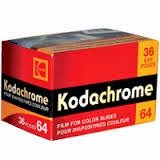 When working as an association executive at a major national association, I had a board member who loved to respond to new ideas with:

Well, I have one response (which I borrowed) for this board member (who became our president) and others like him: 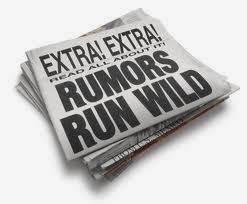 Rumors – whether shared via traditional media or social media – can harm associations ... Quickly.

Successful association executives ensure their organizations are listening and monitoring all forms of media.

Successful Associations Fish Where the Fish Are! 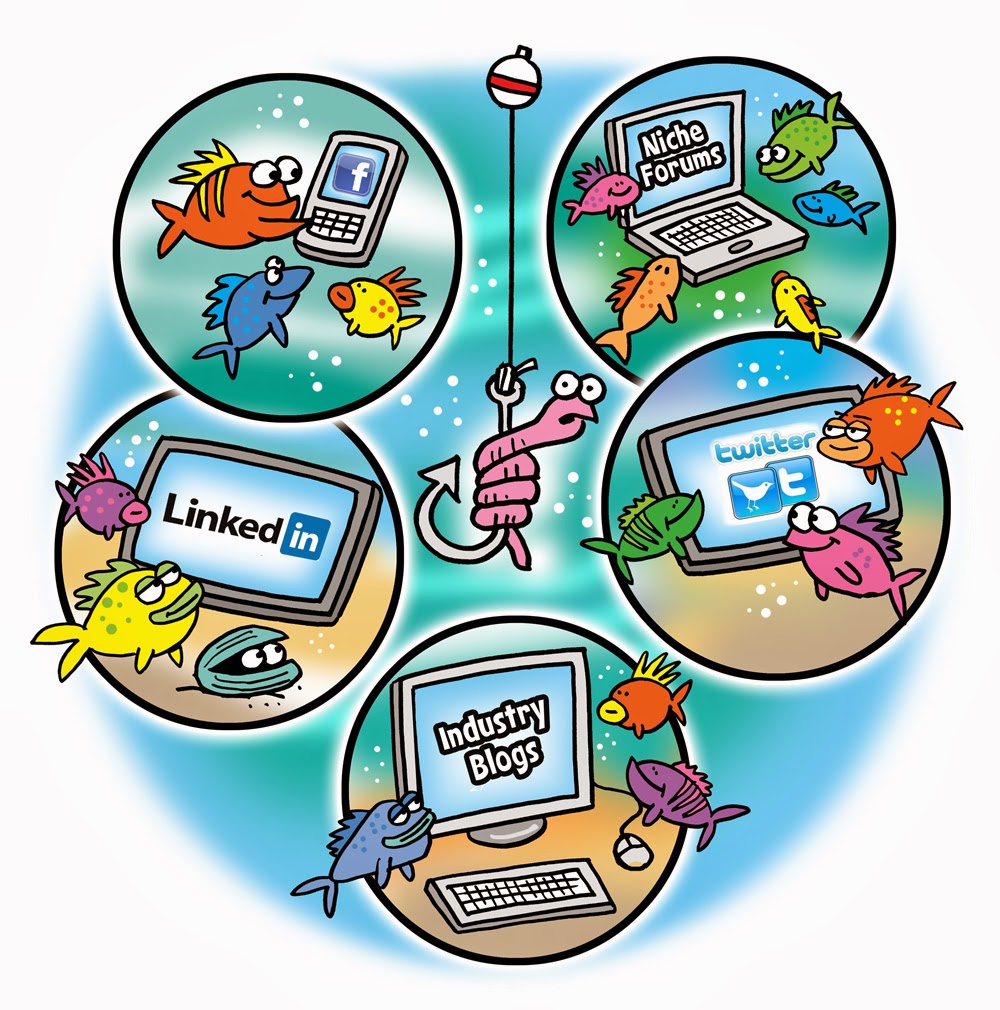 Over the years, I’ve learned that successful fishing means:
Last week I was speaking about How Specialty Contractors can Use the Web and Social Media with members of the Maple Flooring Contractors Association. 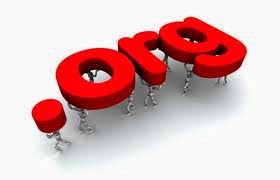 Steve, re your March 16 post headlined Staffing for Small Associations and Nonprofits.


Welcome to my world!

This ad is typical of micro associations with a dysfunctional board, limited volunteer resources or expertise to draw on, and little to no money. Hundreds of thousands of them exist.

This particular group is not recruiting nationally, but decided to put an ad in the local paper, hoping to find a needle in a haystack. As if anyone reads the local paper anymore. 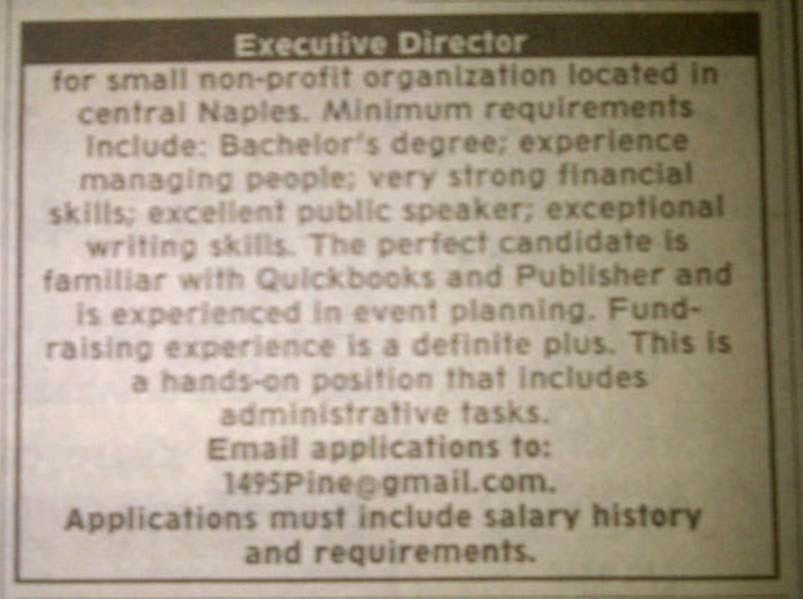 The above ad for an Executive Director for a Small Nonprofit organization appeared in the local newspaper:

What are we going to do about large association boards?

At one of the networking events at the ASAE Great Ideas conference, I met a colleague from a large national association.

He mentioned they continued having governance issues.

That is not a board, it is a representative body similar to a “house of delegates.”

It is a serious issue for members of the Michigan Golf Course Superintendents Association (MiGSCA).

I learned this from Adam Garr of the Plum Hollow Country Club in Michigan through his tweets and You Tube posts.

I met Adam when he attended my generational differences and social marketing sessions at the 2013 Syngenta Business Institute.

I’ve been following the social media (heavy on YouTube) work including an announcement that he would be on an MiGSCA panel about the issue of ice on greens.

To address this issue in a timely manager, MiGCSA organized and held a Google+ Video Chat  featuring a turf expert from Michigan State University and five golf course superintendents with the issue. They invited viewers to tweet questions. 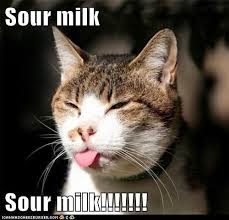 In today’s hyper-media, 24/7 environment, consumers and members expect response or results when the issue surfaces. Many customers/members expect – almost demand – immediate response regardless of when the problem comes to mind.

Some associations/companies are listening and monitoring. Others remain in the dark, clueless about what members and customers are saying. If you are an association executive or association communications professional, this is a strategic issue for your association.

The other Sunday, my wife said “the milk is sour, again. And we’re four days from the ‘expiration date.’”

Marketing 3.0: How Associations are Creating a Faster Path to Innovation & Results

At this week’s ASAE Great Ideas Conference, I’m facilitating a panel discussion on the topic of Marketing 3.0: Creating a Faster Path to Innovation and Results.

The four panelists are involved in managing more than 124 associations.

They are focusing on ...
The categories are 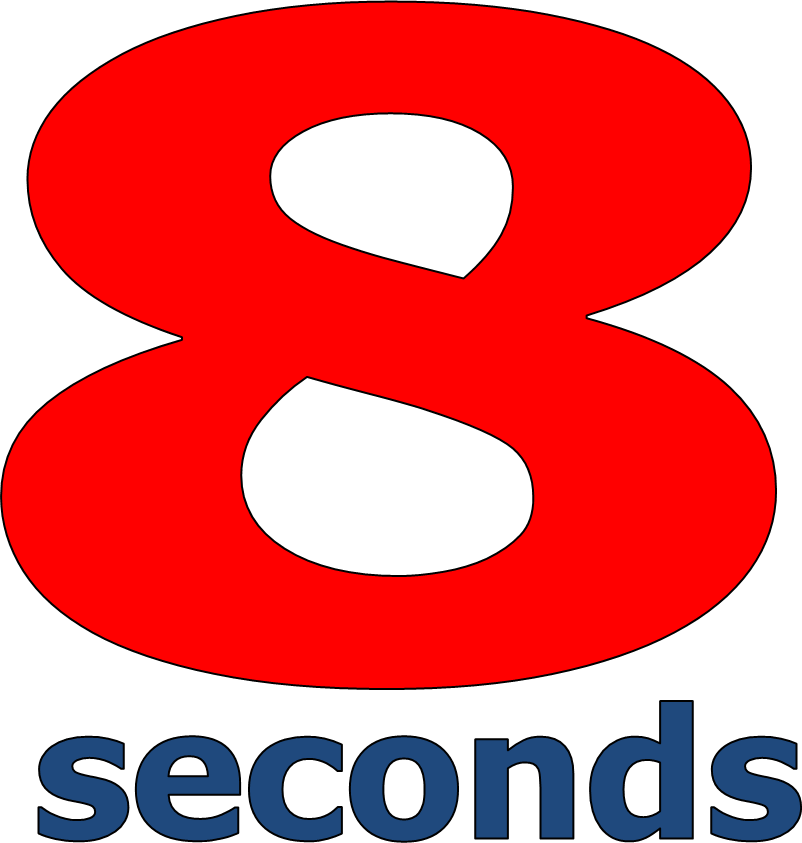 Now, we know that not everyone will retire when they turn 65. But, many of the 19.6 million Boomers will retire in the next five or six years.

And, that creates a hiring challenge for associations and nonprofit organizations.

David Meerman Scott “invented” the term newsjacking which he defines as “the art and science of injecting your ideas into a breaking news story and generating tons of media coverage and social media engagement.”

The weekend Wall Street Journal highlights a different example of newsjacking of the Oscar’s. Only, in this case, organizations such as the AARP have created awards before or after the Oscars in order to grab attention.

Perhaps it should be called event-jacking?