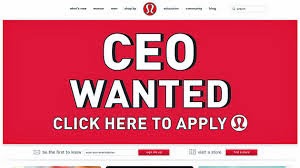 Last summer, I watched as two school districts “struggled” with replacing school superintendents who were “nudged” out (one took a lower-paying superintendent’s job at a small district, the other “retired.”)

Neither had been in their jobs for more than three years.

One board is interviewing candidates to be the interim (or acting) superintendent while they engage an executive search firm to “scour” the country to find the next superintendent. They planned on this process to take a full year at fairly high costs.

The other board announced it did not have time for an interim superintendent and planned to hire a new superintendent from a list of five candidates board members surfaced (some of whom were finalists during the search in 2011). When the community learned of the hire now plan, some went ballistic. They called school board members. They went to the media. The teachers union complained that the board had not talked with them.

When it comes to finding a permanent replacement, the board will have several options on how to proceed, such as whether or not to disclose the names of the finalists for the position and if an outside party will be hired to conduct the search.

Hiring the CEO is one of the most important functions of an association board of directors. Yet, most boards don’t even think about this task until they have a vacancy. Then, they have several choices/decisions:
When I was #2 executive for a very large national association, I had decided that if the CEO left, I would too. The #2 is always in a difficult spot when the CEO departs. If you become a candidate for the CEO spot and don’t get it, the new CEO inwardly has to question your loyalty.

In my experience, voluntary boards rarely think about the time, costs and disruption when changing chief staff officers.

PS.  CEO searches are not unique to associations and school boards.  Two ongoing high profile CEO searches today are Steve Ballmer's replacement at Microsoft and the head coaching vacancy at the University of Southern California.
Posted by SCD Group at 4:44 PM