What can Association Execs Learn from HealthCare.Gov? 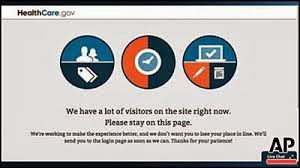 I’m old enough to have learned two lessons from converting member records to a computerized database:
So, I should not have been surprised by the fiasco surrounding the creation of HealthCare.gov nor of the issues surrounding the online version of the Common Application.

Remember this when you start your next big IT or web initiative!