Think Before Changing Your Association’s Name or Logo 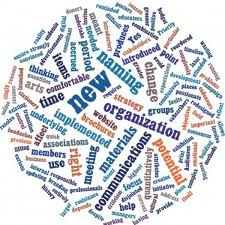 Rushing into a name change can create problems.

One of my associations changed its name (to broaden its reach) and lost its identity with its existing members!

Back in June, I wrote Rebranding Can Cause Controversy for Associations Too.
and focused on the swift criticism of The Phil changing its name to Artis-Naples.

Then in September, Katie Bascuas interviewed me for her Associations Now story about the potential name change for the American League of Lobbyists ALL. Association Weighs Letting Go of “Lobbyists."

This post aims to put all this information in a single document.

First, do NOT confuse renaming with rebranding! See my post of September 24.

You’ve got to be careful when you change a name because it’s not easy, and it takes a long time.

I’ve been involved in name changes for multiple associations:
Those I’ve observed include:

#1 Have a specific, valid reason for changing your association’s name!

#3 Carefully Consider Both Name and Acronym

#5 Consider the New Logo Options for Your New Name

Finally, do NOT use a contest to create names or logos.