Is Your Association’s Decision-making Fast Enough? 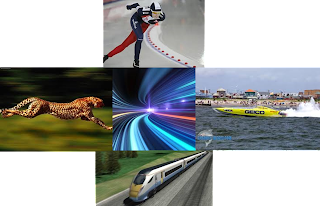 My dad was the general manager (CEO) of an agricultural cooperative. Co-ops – with elected boards – operate much like associations. Back in the early 1960s, the co-op he managed voted to cut the board from 33 to 15 and all the directors resigned and those who wished ran for the 15 board seats.

When I became an association executive at a large national association with a 48+ member board, I asked Dad how he was able to convince his board to reduce its size. Dad responded with two things: “I helped them (1) realize that we could not do business fast enough with such a large board and (2) create a structure with no executive committee.”

As noted in Race for Relevance, most association boards have too many members.

In reality, it is not necessarily the size of the board but the speed with which boards can act that creates the problem.

Speed has always been important but speed seems crucial in nearly all sectors of our lives:

How can we overcome this?
How can a board “give up” decision making to the staff?
PS. Spence notes that in addition to speed, success comes from organizations that have disciplined execution of strategies. “Urgency and discipline: it seems like an oxymoron. But the two not only can coexist; they must.” Spence writes.
Posted by SCD Group at 4:43 PM