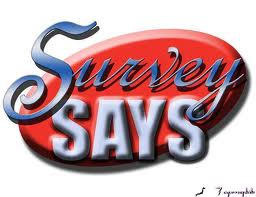 Joe Queenan's column in the Wall Street Journal titled Lack of Sleep Costs Billions? How about Cats? reminded me to share this post from 2012. Note how Queenan combines a multitude of "research" results to create a sense of utter ridiculousness.

I think I was in high school when I first heard the saying: “Liars figure and figures lie.”

I haven’t forgotten it especially as we are subjected to multiple “survey results and polls” multiple times a day.  This also comes into play when we as association professionals share market research with our members and/or association leaders.

As one who has coordinated and managed association survey results for more than three decades, I’m always cautious when hearing someone quote the results of a poll or data or other sets of figures.

Look at these three uses and one story from just the last couple of weeks:

#1 St. Louis Post-Dispatch Bernie Miklasz used the following in a story (6/14/12) about the challenges to St. Louis Cardinals rookie manager Mike Matheny.
“... the wobbled Cardinals were 11-20 since May 11, and you can’t help but wonder how the rookie manager is holding up.” The Cardinals record at the time of the column? 31 wins, 31 losses. Not great but a whole lot different than the 11-20 record Miklasz selectively used to make his point.

#2 President Barack Obama has been using selective numbers to make his case about job growth during his administration. At a June 14 speech in Cleveland, the President said: “Our businesses have gone back to basics and created over 4 million jobs in the last 27 months — (applause) — more private sector jobs than were created during the entire seven years before this crisis — in a little over two years.” The President is correct – IF one starts the count in February 2010. But, the President has been in office 41 months. According to numbers from the Department of Labor Statistics, the U.S. has gained about 55,000 private-sector jobs since Obama became president in January 2009, but overall there has been a total job loss of 552,000 — all because of the decline in government jobs.

After I wrote this post, Steve Giegerich, the jobs reporter for the St. Louis Post-Dispatch, wrote a thoughtful column headlined "Fuzzy Math: Missouri Jobless Numbers." A couple of key points from Steve's column:


My point for association executives:
Posted by SCD Group at 4:43 PM