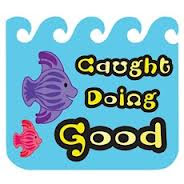 When I worked in a large national association, I used to get frustrated that few members and leaders were aware of the great work we were doing for the association and its industry.

And, on a broader scale, implement PR (some call it “sell back”) to members about what the association is doing.

Like it or not, members don’t really to spend time reading, watching or viewing “news” about what the association is doing. They want news that interests them and appeals to their selfish interests.

So, the challenge becomes finding engaging ways to let members know what you are doing without them knowing you are sharing what great stuff you’ve been doing for them!

Here are three examples of what I’ve implemented at various organizations:

While I was writing this blog, I received this personalized email from LinkedIn (below). A nice touch. 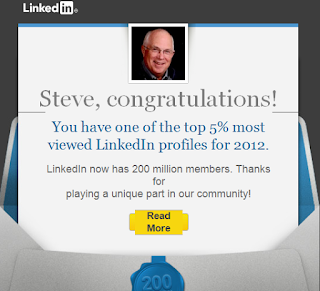 Rather than "yelling" that they’ve reached 200 million members, they congratulated me on being in their top 5% of member profile views. This is a great example of doing PR for the organization without really making it look like crass propaganda.

Are you frustrated that your members don’t know what the organization is doing for them?

Have you had success with tactics similar to these three examples?

If so, please share them in the comments section here. If not, why not?
Posted by SCD Group at 5:11 PM